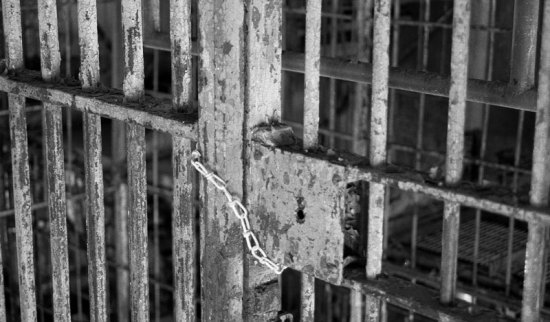 Are we all capable of doing truly evil things? This was a question posed by my latest nonfiction read, The Lucifer Effect. The author, Philip Zimbardo, is the psychologist who created the infamous Stanford Prison Experiment in 1971.

For his prison experiment, Zimbardo randomly assigned young college men to play the roles of prisoners or guards in a mock prison set up in the basement of the Stanford Psychology building. The study took place in an era of anti-war protests, when college students were being arrested and thrown into jail. Zimbardo conceived the experiment with the purpose of examining the prisoners’ mentalities and their attempts to organize and rebel. However ultimately, the most fascinating aspect of the experiment was the behavior of the subjects who played guards. Well-behaved, emotionally stable college boys became cruel guards. They inflicted shocking degradations on the prisoners, causing more than one of their detainees to suffer an emotional breakdown.

This unethical but fascinating experiment, and the other psychology studies and world events that Zimbardo chronicles in his book, demonstrate how we are all actors. We conform easily to the roles in which we are cast, even if these roles involve harming others or allowing others to harm us. And yet we cling to the concept of our unique and personal identity, particularly in Western cultures where individualism is highly prized.

This human failing, our malleability to fit social norms, is a consequence of one of our greatest attributes, our resourcefulness. We have evolved to be successful in complex environments and to tailor our behavior to the people and circumstances that surround us. Think about how you behave when you attend a party where you know no one compared with a night out with your oldest friends. Think of how you conduct yourself at a job interview, at a sporting event, babysitting a child, or when you’re alone. We manage to be very different people from moment to moment. We have to be; our complex social world demands it. So why is it so hard to imagine that, when plunged into an extreme role under extreme circumstances, we might do something we’d never think we’re capable of? Something truly inhumane?

In his book, Zimbardo argues that the suicide bombers of modern religious extremism, the torturers in the Abu Ghraib prison, and the executioners of the Holocaust were normal people subjected to extreme pressures and circumstances. There is a long history of psychology experiments, including Zimbardo’s study and the infamous Milgram experiments, that demonstrate how stable, well-meaning Americans will commit terrible acts when influenced by authority or anonymity. And past events have shown time and again that we are capable of standing by rather than intervening to help those in need. The case of Kitty Genovese is a dramatic example of this common occurrence, the basis for the so-called bystander effect. Zimbardo calls it the evil of inaction. But should it come as a surprise? Doesn’t society teach us to mind our own business?

These questions about complicity and inaction reminded me of a night from my childhood. I was seven years old when my parents first took me to the Chicago Symphony Orchestra. I remember how people with shiny shoes, lush coats, and clutch purses poured in from nearby parking structures to gather outside Orchestra Hall. Amid the symphony goers, I noticed a crumpled man sitting on the ground with his head resting on his knees. I remember that his jacket was far too thin for the biting cold and that the plastic cup by his feet was empty. All of the well-dressed concert goers swept past him, including us. I felt ill throughout the first half of the performance, knowing I could have asked my parents for money and given him a dollar or two. I worried that he’d starve to death because I hadn’t done anything to help him. At intermission, I dragged my parents out to the sidewalk, but by then the man was gone.

As an adult, I’ve lived in big cities and have become accustomed to sharing sidewalks and street corners with the homeless. People could not function in urban settings if they became as paralyzed by the sight of suffering as my seven-year-old self was. In the case of homelessness, it’s hard to know what to do or how to help; giving money to people on the street is not necessarily the best thing. But I do think our reaction to homelessness offers clues to how experience and social norms allow us to ignore or overlook suffering. To live and function in a city, we have to curb our empathy and compassion. Even if we aren’t cruel, even if we mean well, we manage to turn off our humanity on a daily basis. And the fact that we can turn it off a little should serve as a reminder that we all have the capability to turn it off a lot.

There are things we can do to help address the problem of homelessness, such as volunteering or donating money to a local homeless shelter. Charitable donations and philanthropic acts improve our world and reduce suffering, of course, and we should do both – as often as we can. But we should also remember that good deeds don’t change our capacity for evil. The best way to prevent ourselves from being cruel or complicit in cruelty is to believe that we are capable of it. If we remember that we are susceptible to the pressures of authority, group norms, and social roles, we can be vigilant. We can stop ourselves. We can speak up. We can act.