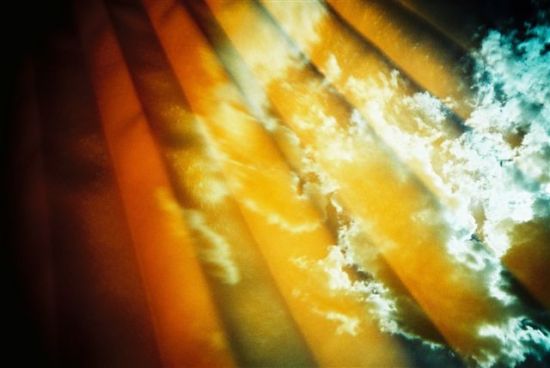 For a common affliction that strikes people of every culture and walk of life, schizophrenia has remained something of an enigma. Scientists talk about dopamine and glutamate, nicotinic receptors and hippocampal atrophy, but they’ve made little progress in explaining psychosis as it unfolds on the level of thoughts, beliefs, and experiences. Approximately one percent of the world’s population suffers from schizophrenia. Add to that the comparable numbers of people who suffer from affective psychoses (certain types of bipolar disorder and depression) or psychosis from neurodegenerative disorders like Alzheimer’s disease. All told, upwards of 3% of the population have known psychosis first-hand. These individuals have experienced how it transformed their sensations, emotions, and beliefs. Why hasn’t science made more progress explaining this level of the illness? What have those slouches at the National Institute of Mental Health been up to?

There are several reasons why psychosis has proved a tough nut to crack. First and foremost, neuroscience is still struggling to understand the biology of complex phenomena like thoughts and memories in the healthy brain. Add to that the incredible diversity of psychosis: how one psychotic patient might be silent and unresponsive while another is excitable and talking up a storm. Finally, a host of confounding factors plague most studies of psychosis. Let’s say a scientist discovers that a particular brain area tends to be smaller in patients with schizophrenia than healthy controls. The difference might have played a role in causing the illness in these patients, it might be a direct result of the illness, or it might be the result of anti-psychotic medications, chronic stress, substance abuse, poor nutrition, or other factors that disproportionately affect patients.

So what’s a well-meaning neuroscientist to do? One intriguing approach is to study psychosis in healthy people. They don’t have the litany of confounding experiences and exposures that make patients such problematic subjects. Yet at first glance, the approach seems to have a fatal flaw. How can you study psychosis in people who don’t have it? It sounds as crazy as studying malaria in someone who’s never had the bug.

In fact, this approach is possible because schizophrenia is a very different illness from malaria or HIV. Unlike communicable diseases, it is a developmental illness triggered by both genetic and environmental factors. These factors affect us all to varying degrees and cause all of us – clinically psychotic or not – to land somewhere on a spectrum of psychotic traits. Just as people who don’t suffer from anxiety disorders can still differ in their tendency to be anxious, nonpsychotic individuals can differ in their tendency to develop delusions or have perceptual disturbances. One review estimates that 1 to 3% of nonpsychotic people harbor major delusional beliefs, while another 5 to 6% have less severe delusions. An additional 10 to 15% of the general population may experience milder delusional thoughts on a regular basis.

Delusions are a common symptom of schizophrenia and were once thought to reflect the poor reasoning abilities of a broken brain. More recently, a growing number of physicians and scientists have opted for a different explanation. According to this model, patients first experience the surprising and mysterious perceptual disturbances that result from their illness. These could be full-blown hallucinations or they could be subtler abnormalities, like the inability to ignore a persistent noise. Patients then adopt delusions in a natural (if misguided) attempt to explain their odd experiences.

An intriguing study from the early 1960s illustrates how rapidly delusions can develop in healthy subjects when expectations and perceptions inexplicably conflict. The study, run on twenty college students at the University of Copenhagen, involved a version of the trick now known as the rubber hand illusion. Each subject was instructed to trace a straight line while his or her hand was inside a box with a secret mirror. For several trials, the subject watched his or her own hand trace the line correctly. Then the experimenters surreptitiously changed the mirror position so that the subject was now watching someone else’s hand trace the straight line – until the sham hand unexpectedly veered off to the right! All of the subjects experienced the visible (sham) hand as their own and felt that an involuntary movement had sent it off course. After several trials with this misbehaving hand, the subjects offered explanations for the deviation. Some chalked it up to their own fatigue or inattention while others came up with wilder, tech-based explanations:

. . . five subjects described that they felt something strange and queer outside themselves, which pressed their hand to the right or resisted their free mobility. They suggested that ‘magnets’, ‘unidentified forces’, ‘invisible traces under the paper’, or the like, could be the cause.

In other words, delusions may be a normal reaction to the unexpected and inexplicable. Under strange enough circumstances, anyone might develop them – but some of us are more likely to than others.

My next post will describe a clever experiment that planted a delusion-like belief in the heads of healthy subjects and used trickery and fMRI to see how it influenced some more than others. So stay tuned. In the meantime, you may want to ask yourself which members of your family and friends are prone to delusional thinking. Or ask yourself honestly: could it be you? 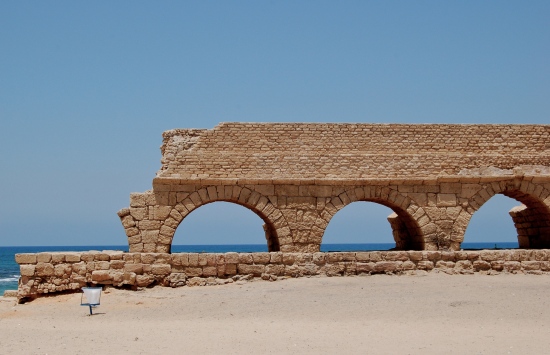 I recently read a wonderful piece in Aeon Magazine about how technology shapes psychotic delusions. As the author, Mike Jay, explains:

Persecutory delusions, for example, can be found throughout history and across cultures; but within this category a desert nomad is more likely to believe that he is being buried alive in sand by a djinn, and an urban American that he has been implanted with a microchip and is being monitored by the CIA.

While delusional people of the past may have fretted over spirits, witches, demons and ghouls, today they often worry about wireless signals controlling their minds or hidden cameras recording their lives for a reality TV show. Indeed, reality TV is ubiquitous in our culture and experiments in remote mind-control (albeit on a limited scale) have been popping up recently in the news. As psychiatrist Joel Gold of NYU and philosopher Ian Gold of McGill University wrote in 2012: “For an illness that is often characterized as a break with reality, psychosis keeps remarkably up to date.”

Whatever the time or the place, new technologies are pervasive and salient. They are on the tips of our tongues and, eventually, at the tips of our fingers. Psychotic or not, we are all captivated by technological advances. They provide us with new analogies and new ways of explaining the all-but-unexplainable. And where else do we attempt to explain the mysteries of the world, if not through science?

As I read Jay’s piece on psychosis, it struck me that science has historically had the same habit of co-opting modern technologies for explanatory purposes. In the case of neuroscience, scientists and physicians across cultures and ages have invoked the  innovations of their day to explain the mind’s mysteries. For instance, the science of antiquity was rooted in the physical properties of matter and the mechanical interactions between them. Around 7th century BC, empires began constructing great aqueducts to bring water to their growing cities. The great engineering challenge of the day was to control and guide the flow of water across great distances. It was in this scientific milieu that the ancient Greeks devised a model for the workings of the mind. They believed that a person’s thoughts, feelings, intellect and soul were physical stuff: specifically, an invisible, weightless fluid called psychic pneuma. Around 200 AD, a physician and scientist of the Roman Empire (known for its masterful aqueducts) would revise and clarify the theory. The physician, Galen, believed that pneuma fills the brain cavities called ventricles and circulates through white matter pathways in the brain and nerves in the body just as water flows through a tube. As psychic pneuma traveled throughout the body, it carried sensation and movement to the extremities. Although the idea may sound farfetched to us today, this model of the brain persisted for more than a millennium and influenced Renaissance thinkers including Descartes.

By the 18th century, however, the science world was a-buzz with two strange new forces: electricity and magnetism. At the same time, physicians and anatomists began to think of the brain itself as the stuff that gives rise to thought and feeling, rather than a maze of vats and tunnels that move fluid around. In the 179os, Luigi Galvani’s experiments zapping frog legs showed that nerves communicate with muscles using electricity. So in the 19th century, just as inventors were harnessing electricity to run motors and light up the darkness, scientists reconceived the brain as an organ of electricity. It was a wise innovation and one supported by experiments, but also driven by the technical advances of the day.

Science was revolutionized once again with the advent of modern computers in the 1940s and ‘50s. In the 1950s, the new technology sparked a surge of research and theories that used the computer as an analogy for the brain. Psychologists began to treat mental events like computer processes, which can be broken up and analyzed as a set of discrete steps. They equated brain areas to processors and neural activity in these areas to the computations carried out by computers. Just as computers rule our modern technological world, this way of thinking about the brain still profoundly influences how neuroscience and psychology research is carried out and interpreted. Today, some labs cut out the middleman (the brain) entirely. Results from computer models of the brain are regularly published in neuroscience journals, sometimes without any data from an actual physical brain.

Karenberg A (2009) Cerebral Localization in the Eighteenth Century – An Overview. Journal of the History of the Neurosciences, 18:248-253.